H.I.S. expands its hotel business by opening new Henn-na Hotel in Japan and new hotels in U.S.A. and Turkey 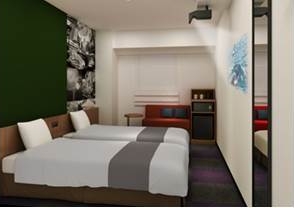 H.I.S. Holdings revealed that its hotel business will be expanded with opening of another Henn-na Hotels in Osaka, Kyoto, Kanazawa and Fukuoka of Japan and new hotels in New York State of U.S.A. and in Pamukkale of Turkey.

New Hen-na Hotel will target international visitors to Japan particularly by increasing double or twin beds rooms. The original tablet-based service ‘tabii,’ which can control lights, air conditioner or TV in a room, will be available, in addition to entertainment-oriented robot services. New hotels in the foreign countries will target world’s leisure and business travelers. H.I.S. expects that the hotels will be an opportunity for foreigners to select Henn-na Hotels in Japan when they visit Japan. Also, the new hotels plan to sell local activities.

The following new Henn-na Hotels will open after October 2018: