Japan National Tourism Organization (JNTO) announced that the number of international arrivals in Japan almost doubled to 934,500 in November 2022 from 498,600 in the previous month, boosted by practical open of the border on October 11. Compared to three years ago, however, the result still remained a 61.7% decrease, even though the reduction rate improved.

According to OAG, international flights arriving in six major airports in Japan (Narita, Haneda, Kansai, Nagoya, Fukuoka and Sapporo) were up 198.2% year on year to 8,732 and available seats were up 189% to 2,059,289 in total. Local airports, such as Naha, Sendai, Toyama or Hakodate, have increased international flight arrivals

The following graph shows international visitor arrivals by month and by source market. 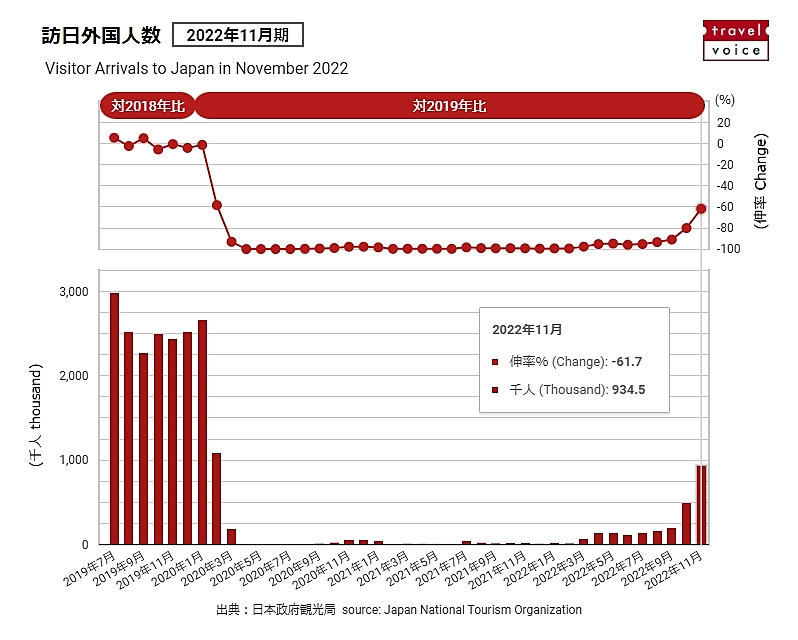 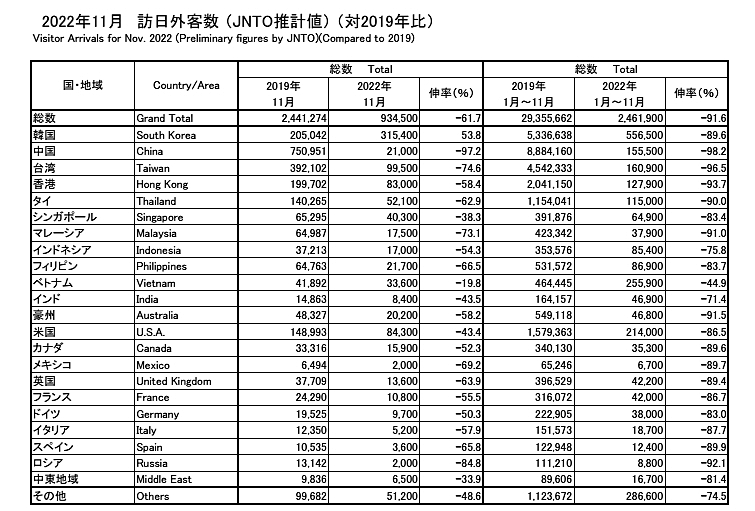 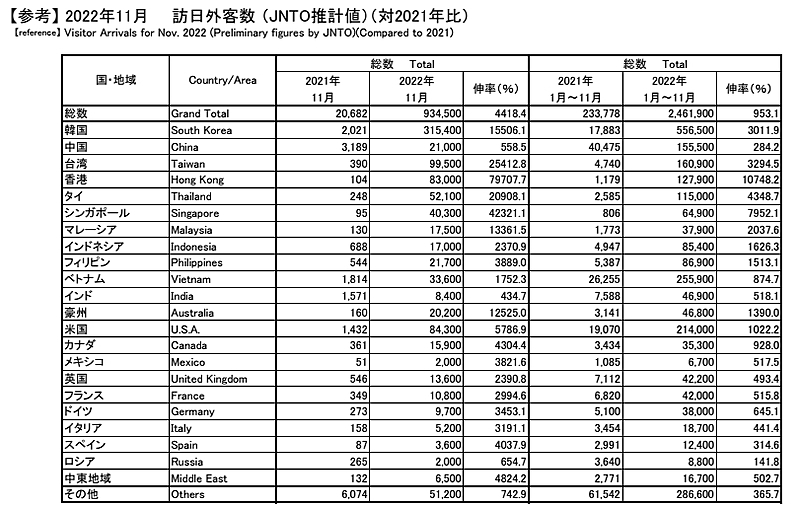 Strong recovery of Japanese overseas travelers was not seen yet with 380,000 in November 2022