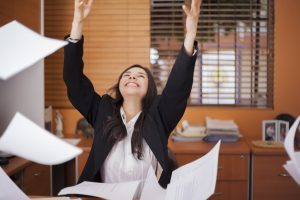 The survey on the acquisition rate of paid holidays in 30 countries conducted by Expedia reveals Japan as the worst country with its rate of 50%, 10 days acquired out of 20 paid holidays a year (same rate as a year ago).

The second worst country was South Korea (67%), followed by India and Italy (75% each). Still, the rate in South Korea rose from 53% a year ago.

Some countries have a rate of 100% for 30 paid holidays a year: Brazil, France and Spain. The ratio of Japanese people feeling guilt when acquiring paid holidays was 63%, much higher than the 31% in the USA and approximately 20% in France, Brazil, Austria, Italy, Mexico, and Spain, as shown on the graph below: Japan was also at the top (49%) for taking short-term vacations several times a year, which suggests that the Japanese workers have psychological difficulties taking long-term vacations.

Meanwhile, the most important point when changing jobs in Japan is ‘being able to acquire more paid holidays,’ followed by ‘a flexible-time working system’ and ‘financial support for commuting.’