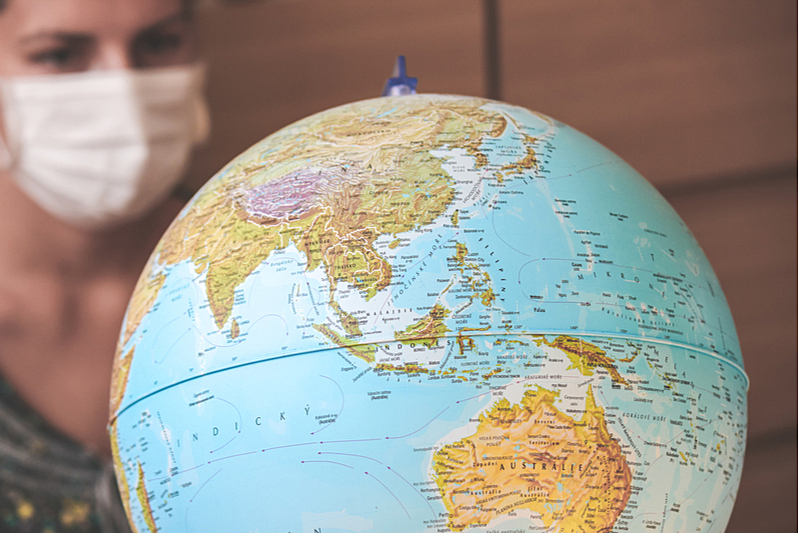 Japan National Tourism Organization (JNTO) announced that the number of Japanese overseas travelers was down  99.8% year on year to 3,900 only in April 2020, considerably reducing from 1,67 million a year ago.

The Japanese government has issued regular Travel Advice and Warning Level 2 (Avoid non-essential travel) all over the world since for Japanese citizens since March 25 2020 and expanded Travel Advice & Warning on Infection Diseases Level 3 (Travel suspension recommendation) to 73 countries and regions since the end of March 2020.

According to OAG, an aviation date provider, international flight departures from six major airports in Japan were down 87.6% to 2,665 in April, and available seats were also down 87.0% to 596,511.

The graph below illustrates monthly changes of Japanese overseas travelers in 2020: 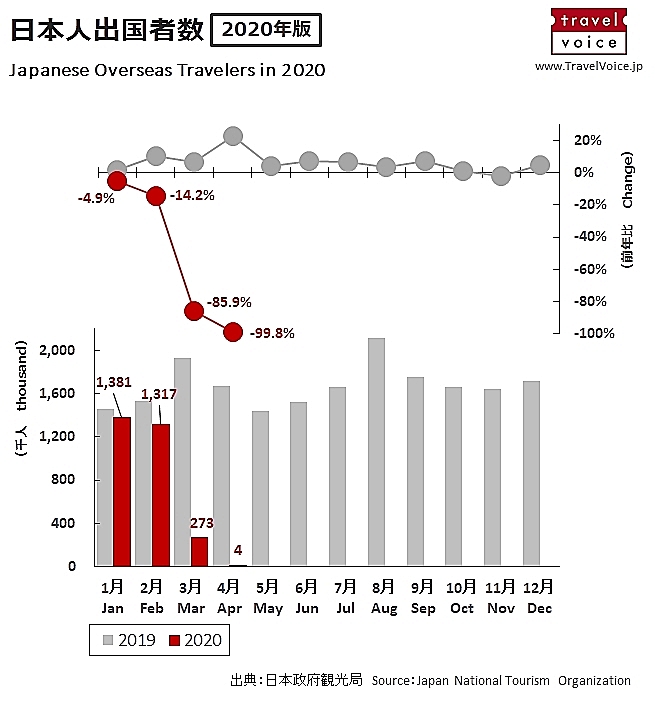