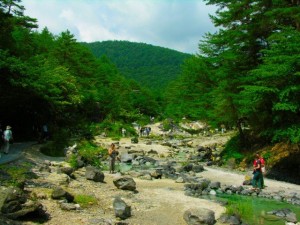 In “White Paper on Tourism in Japan, 2013” (“State of Tourism in FY 2012” and the “Tourism Policy in FY 2013”), description on the reconstruction form the Great East Japan Earthquake and conditions of each region observed by each District Transport Bureaus. Domestic tourism in general is on the rise, but the conditions of recovery vary by each region.