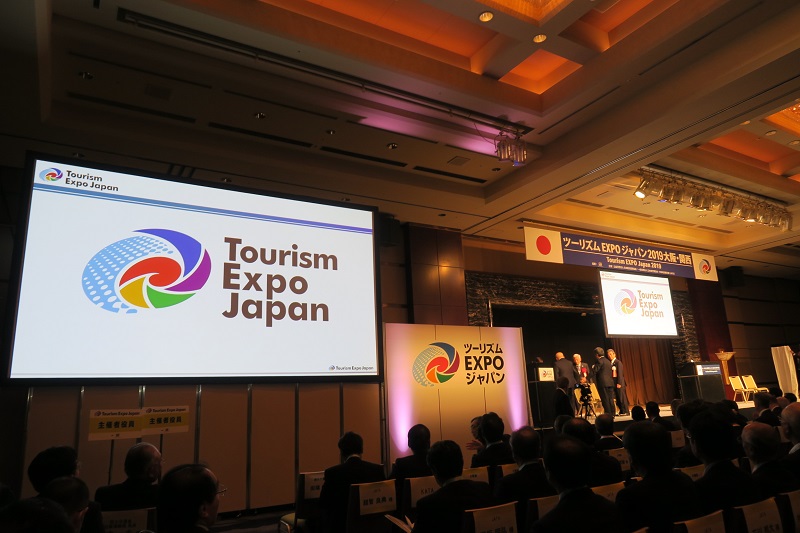 Four-days Tourism EXPO Japan 2019 (TEJ 2019) opened for the first time in Osaka, an EXPO 2025 city, on October 24 2019. On the first day, G20 Tourism Ministers Meeting was held to discuss tourism power for the future sustainable society.

World’s famous architect Tadao Ando said at his keynote speech that it is essential for tourism to become a unique entity to move people’s minds by focusing on one and only tourism or human and taking advantage of local uniqueness, introducing his projects in the world. Zurab Pololikashvili, Secretary-General at UNWTO, referred to devastated damages in Japan by Typhoon ‘Hagibis’ just before TEJ 2019, saying “The world carefully sees how Japan can be back on its feet from the damages in terms of addressing climate change. We will be able to learn a lot from that.” UNWTO is paying attention to how climate changes affect tourism and share its actions with member countries.

On the first day, the 5th Japan Tourism Awards Ceremony also took place. The Ministry of Land, Infrastructure, Transport and Tourism Award, the top award, went to Hyakusenrenma, a digital accommodation platform, which successfully commercializes its original farm-stay business. Yasuhiro Kamiyama, President at Hyakusenrenma, explained that the business is to play a role to connect farm-stay experiences with users who look for them. In Tourism Business Exhibition, a variety of technology companies for tourism-related services exhibited their sate-of-the-art products, such as VR or AR, to visitors who were looking for new business chances.