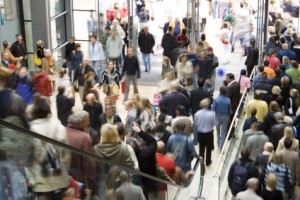 JTB announced its travel market forecast that foreign visitors to Japan are expected to increase by 19% year on year to 12.5 million in 2016. JTB has forecasted that a share of FIT will rise, and foreigners visiting local regions will increase under the weak yen trend.

A goal of 20 million foreign visitors may be accomplished five years earlier than the original expectation. JTB has also forecasted that foreign visitors to Japan will finally reach 19.75 million in 2015, 47.3% more than 2014.

Travelers in Japan are expected to increase by 2.1% to 291.6 million in 2015 and by 0.7% to 293.6 million, according to the JTB’s forecast. Under better domestic economy and employment situation in Japan, the ratio of ‘want to increase travel spending’ is up 1 point to 12.9%, while the ratio of ‘want to reduce travel spending’ is down 1.3 points to 29%. JTB said that an increase in attentions to tourism and cultures in Japan from foreign countries seems to be an opportunity for Japanese people to rediscover Japan.

The JTB’s forecast also finds that Japanese overseas travelers may reduce by 4.4% to 16.15 million in 2015, however are expected to increase by 0.3% to 16.2 million in 2016, which will be the same level as 2008 (16 million), the year of bankruptcy of Lehman Brothers, or 2001 (16.22 million), the year of the terrorist attacks on 9.11. The ratio of ‘want to increase overseas travels a year’ is up 0.6 points, according to questionnaires to consumers, although there will be negative factors in the outbound travel market, such as weak yen or anxiety about terrorism.

JTB pointed out that the travel industry of Japan will take full-scale action for the Rio de Janeiro Olympics in 2016, and also the travel industry will have an opportunity to create synergy effects with different industries that are expected to enter into the travel market with their new businesses.