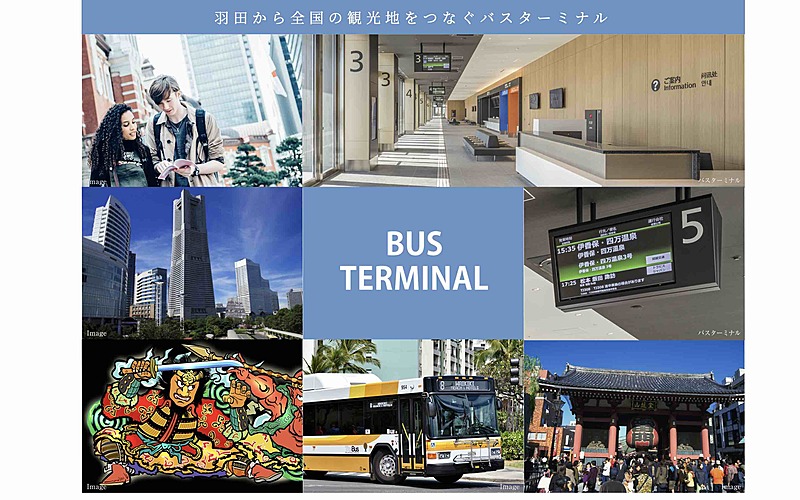 Haneda Airport Garden consists of airport hotels, convention and event halls, shopping area and even onsen in addition to the bus terminal.