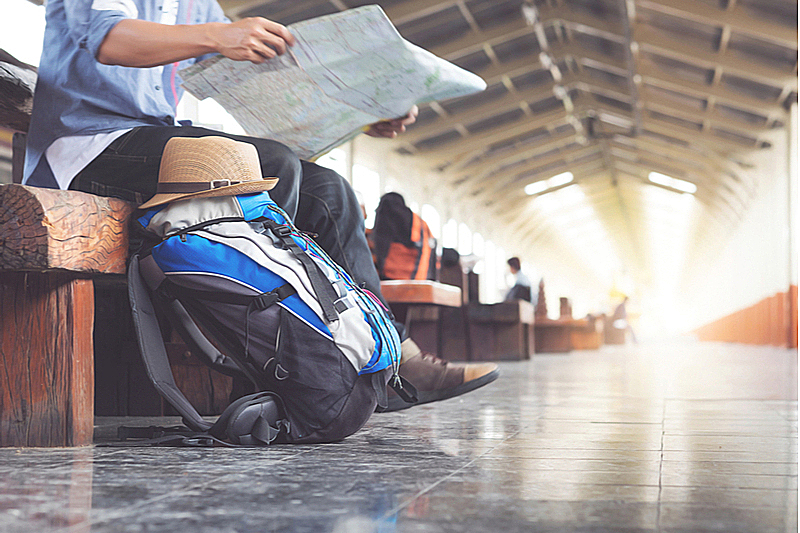 Japan National Tourism Organization (JNTO) announced that the number of international visitors to Japan was down 99.9% year on year to 1,700 in May 2020, drastically falling from 2.77 million a year ago. On a single month basis, the result was the lowest ever, even below 2,900 in April 2020.

The Japanese government continued entry restrictions for international visitors in May as well, Visitors from all of the 22 JNTO ’s targeting markets were almost zero, which showed the lowest monthly result ever since JNTO started the statistics in 1964.

Eleven countries, including India and Argentina, were added in the entry refusal list on May 25.

According to OAG, an aviation date provider, international flight arrivals in six major airports in Japan were down 85.8% to 3,142 in May, and available seats were also down 86.7% to 669,870. Many airlines have decided to suspend direct flights to Japan by the end of June.

The graph below illustrates monthly changes of international visitors in 2020 and breakdown by market in May 2020. 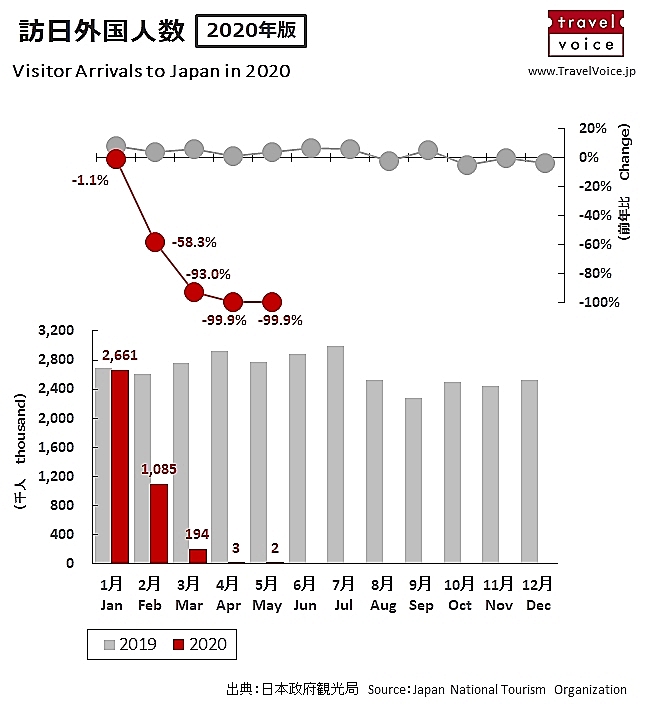 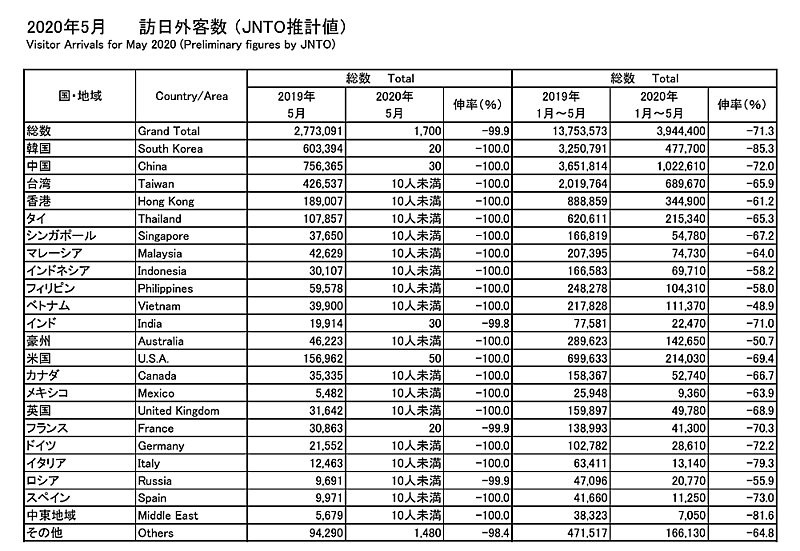