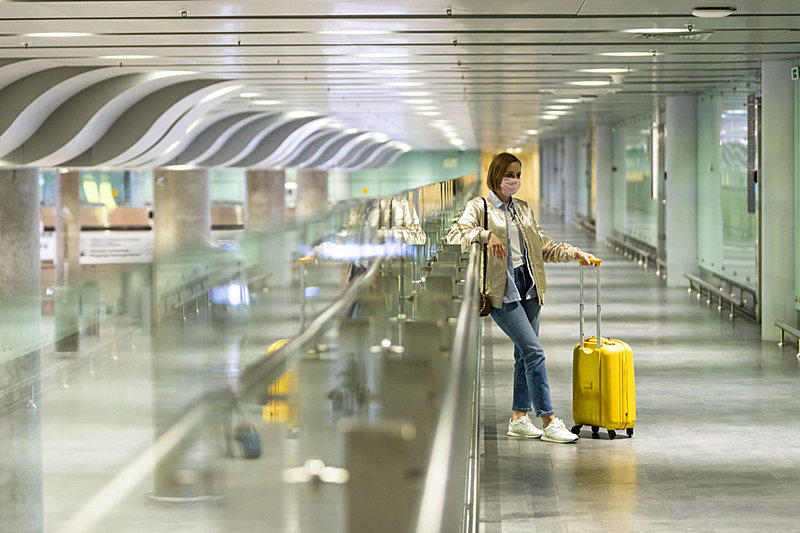 According to OAG, an aviation date provider, international flight arrivals in six major airports (Haneda, Narita, Kansai, Nagoya, Sapporo and Fukuoka) in Japan were down 84.9% to 3,361 in December and available seats were also down 85.0% to 776,237.

The graph below illustrates monthly changes of international arrivals in 2020 and breakdown by market in December 2020: 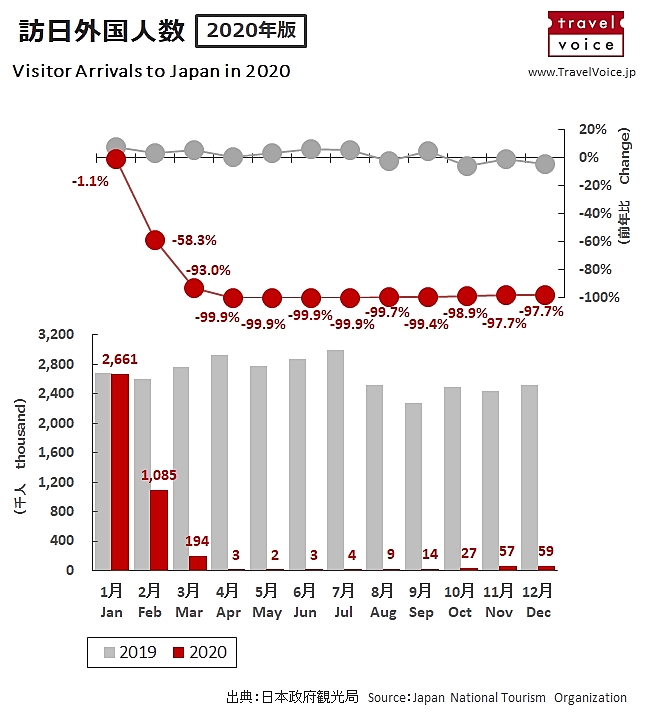 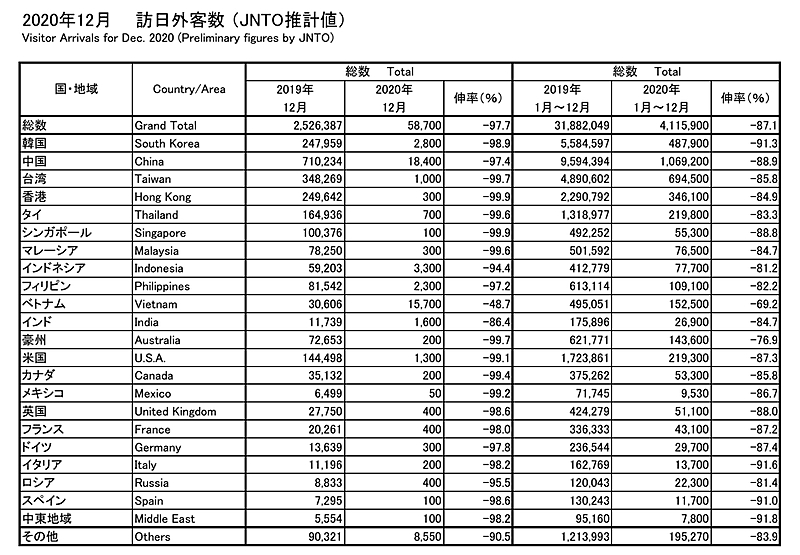 The graph below illustrates annual changes of international arrivals in the last decade: 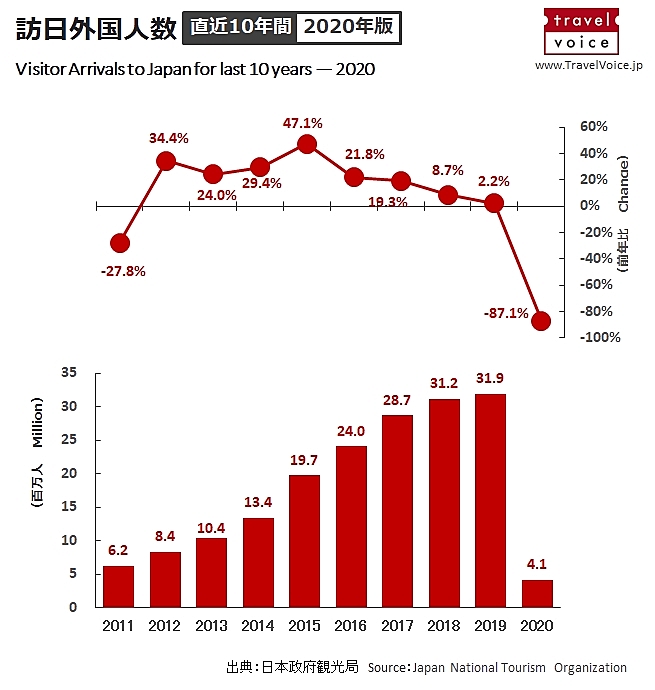 Japanese overseas travelers were just 3.2 million in 2020, largely decreasing from 20 million a year ago