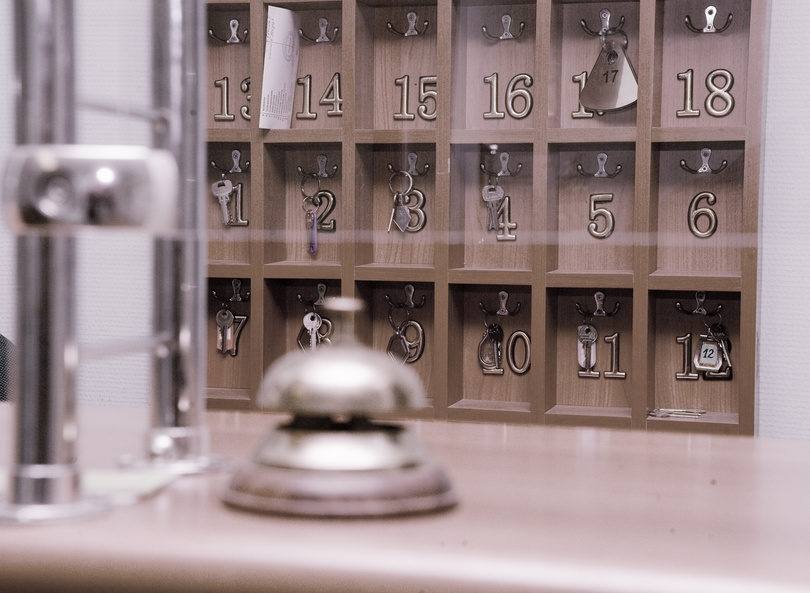 The Mizuho Research Institute’s survey on the shortage of lodging rooms in Japan in 2020 shows that the projected shortage of lodging guest rooms is estimated at up to 3,800 rooms on a normal scenario basis, which is considerably less than the 33,000 rooms of the previous estimation early this year. With a downswing scenario, the projected shortage is estimated at around 23,000 rooms.

The demand-supply survey was based on three different scenarios "upswing", "normal" and "downswing" combined for Japanese people and foreigners, resulting in nine scenarios for each Japanese region.

The table below shows that the projected shortage of guest rooms is 3,800 in the case of scenario 5 (upswing demand for both the Japanese and foreigners) in case of normal supply and is 23,400 in the same scenario if supply is reduced. The survey also finds that the projected shortage of guest rooms is expected to reach up to 9,100 in Osaka Prefecture, and 3,300 in Tokyo. The projected shortage may however exceed 20,000 rooms in Tokyo in 2020 if we apply the pattern that emerged during the 2012 London Olympics...

The survey points out that the tight situation may be caused by a "crowding-out" effect: a sharp rise in the number of Japanese people visiting Tokyo during the Olympics would prompt foreigners interested in visiting Tokyo to change their plans (e.g. ulterior visit of Tokyo) to avoid unusual crowds.

The table below shows that a shortage of 10,000 to 20,000 rooms is expected in Tokyo in August 2020 if the Japanese demand increases ("upswing" instead of "normal" scenario).

The revised estimations result from a rise in the usage of minpaku and cruise ships by foreigners as well as from an increase in the number of hotels expected to open in the coming years. Finally, and still according to the survey, the future risks include a shortage of hotel staff and an excessive number of hotel rooms after the Olympics.