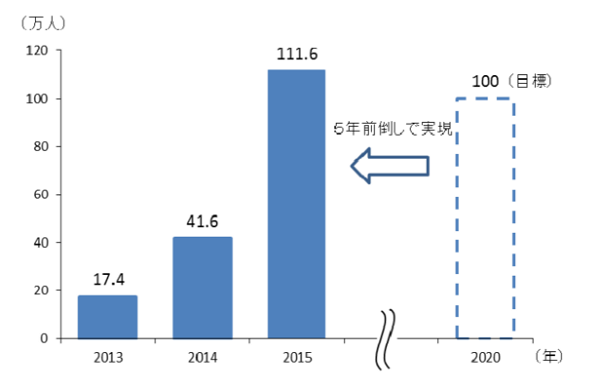 Ministry of Land, Infrastructure, Transport and Tourism announced that foreign visitors to Japan on cruise ships increased by 2.7 times year on year to record-high 1,116,000 in 2015, achieving the government goal of 1 million five years earlier than the target year of 2020. Port calls totaled record-high 1,452 including 965 by foreign country-based cruise ships.

The ministry continues making an effort to attract more cruise ships because they carry many tourists at once, which may contribute to an increase in local spending in a port city and neighborhoods.

The table below shows change of port calls of cruise ships after 2010: The result is based on overnight cruises including off-shore anchorages, except day trip cruises.