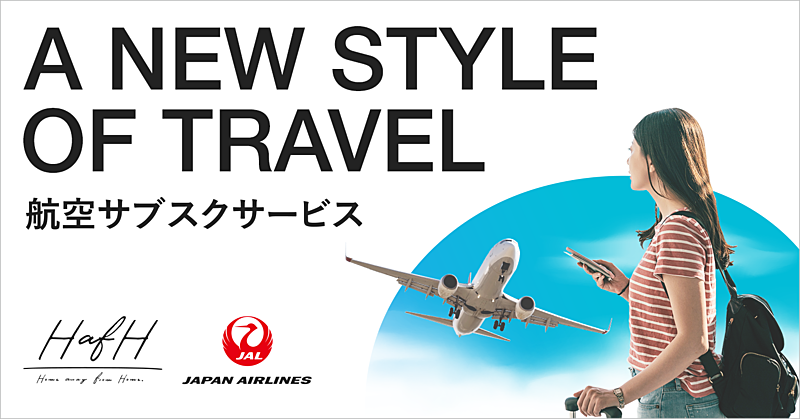 According to the date, the average age of participants in the service was 37 years old, and 20s accounted for 33% of the total, followed by 30s with 27%, slightly younger than HafH members.

By occupation, the majority was office worker with a share of 68%, which represents that it is possible to exploit new demands of office workers in weekdays as well as weekend maybe because of expansion of remote-working. 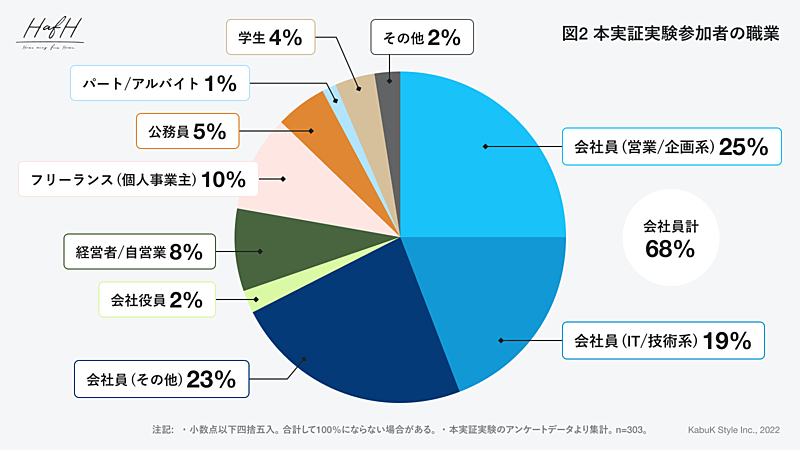 By purpose, 82% answered leisure, and more than half of respondents used the service for their businesses, such as Workcation with a share of 50%. Also, the survey results find that the service was used for multiple purposes.

The subscription service packaged three round-trip tickets. 41% answered that they did not decide destinations when they purchased the service, and subscribers who already decided destinations in advance accounted for 20% only. The results find that most of subscribers purchase the service when they decided to travel and decided particular destinations later. 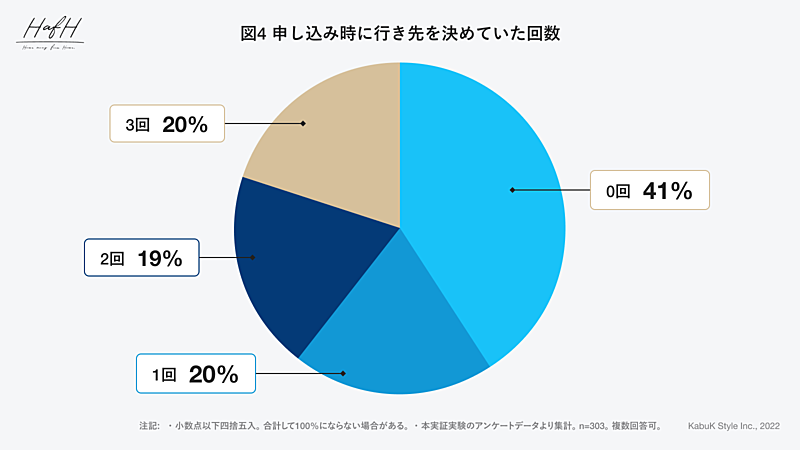 Regarding selected destinations in comparison with passenger ratios of JAL Group by route, the ratios were down from 37% for JAL normal flights to 13% for the service on Sapporo routes and from 28% to 18% on Naha routes. The results show that the subscription service contributed to decentralization of demands. 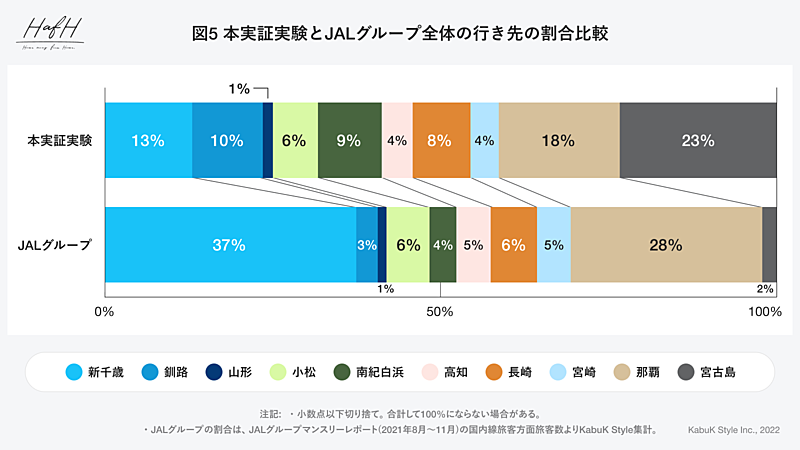 JTB forecasts a 97% increase in domestic travelers in 2022, despite a concern about lower demand due to rise in prices