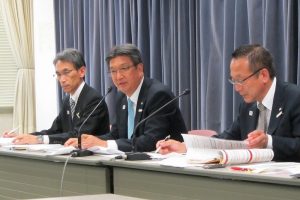 JTB declared a large amount of impairments to accelerate its business reform called ‘the third founding’ and posted a special loss and non-operating loss of 16.5 billion JPY in total.

“This is a big deficit, however it is a wall for us to overcome toward business reform for the third founding,” Hiroyuki Takahashi, JTB President, explained at a news conference. “We are transforming our business model from conventional travel business to a solution business, a business structure to make a stable profit.”

Major reasons for the large amount of impairments were poor business performances of its overseas subsidiaries in Brazil and Asia and also suspension of the core system development. JTB explained that a company in Brazil, for instance, did not better business than expected because of worse economic condition in Brazil, although JTB initially sought a big business chance for Rio de Janeiro Olympics and FIFA World Cup and also as one of BRICS.

By business segment, the individual travel business reduced sales by 4.7% to 651.8 billion JPY due to negative influences from natural disasters and slower response to the dynamic market changes, but increased operating income by 62.2% to 8.6 billion JPY due to product reform and cost reduction efforts.

For FY2019 ending March 31 2020, JTB has forecasted sales of 1,350 billion yen (-1.3%), operating income of 9 billion yen (+42.9%), ordinary income of 10 billion yen (+233.3%) and net income of 5.4 billion yen. Takahashi explained, “Sales may reduce because of reorganization of the retail network in Japan, while income is expected to increase because of better corporate business, especially for Rugby World Cup and G20 Summit.”

Sales of the travel business segment: