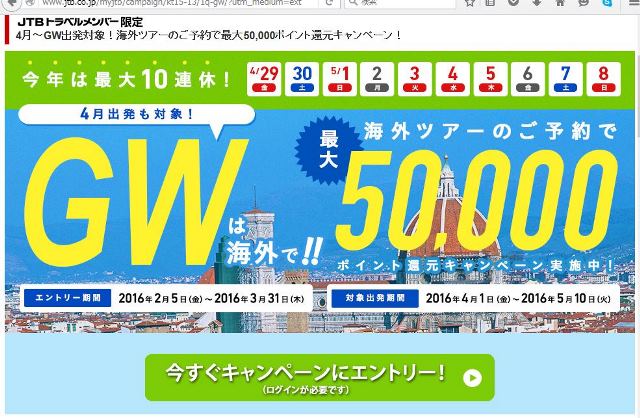 i. JTB, the web strategic company of the JTB Group, announced that the JTB website received twice more overseas tours’ bookings for this coming Golden Week period (April 24 to May 4 2016) than a year earlier as of the end of January because of better holiday sequence this year, ten holidays in a row at maximum, than the last year.

The most popular destination is Hawaii for four years in a row, and popularity of long-haul destinations, such as Europe, North America or Australia, has surged.

The top 10 popular destinations are as follows:

Decade comparison by 2015 of travelers to Japan from Thailand, Singapore, Malaysia and Indonesia